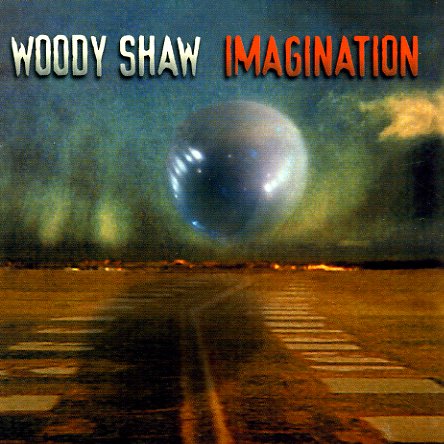 A late date for Woody Shaw, but a great one too – a bit more straightforward than some of his more righteous albums of the 70s, but still proof that Shaw is easily one of the greatest trumpeters of his generation! The album's got a laidback sort of feel, and features a fair bit of familiar standards – but Woody and the group do plenty to transform them, especially on the solo spots. Shaw's leading a quintet here – with Steve Turre on trombone, Kirk Lightsey on piano, Ray Drummond on bass, and Carl Allen on drums – and titles include "Steve's Blues", "Dat Dere", "Imagination", "If I Were A Bell", "You & The Night & The Music", and "Stormy Weather".  © 1996-2021, Dusty Groove, Inc.
(Out of print.)

Woody Shaw Live Vol 2
High Note, 1977. Used
CD...$9.99
Majestic work from Woody Shaw – the second volume of a rare live performance from 1977, one that features Woody at the height of his powers, running through long and beautiful tracks with a deeply soulful feel. The style here is similar to Woody's best work of the mid 70s on the Muse label ... CD

Prayer To The East
Savoy, 1957. Used
CD...$18.99
Great early work from Yusef Lateef – one of his key early albums for the Savoy label – all of which are pivotal albums in an early spiritual jazz tradition, and are as noteworthy for mixing instrumentation and styles as are later recordings on labels like Tribe and Strata East! Yusef's ... CD