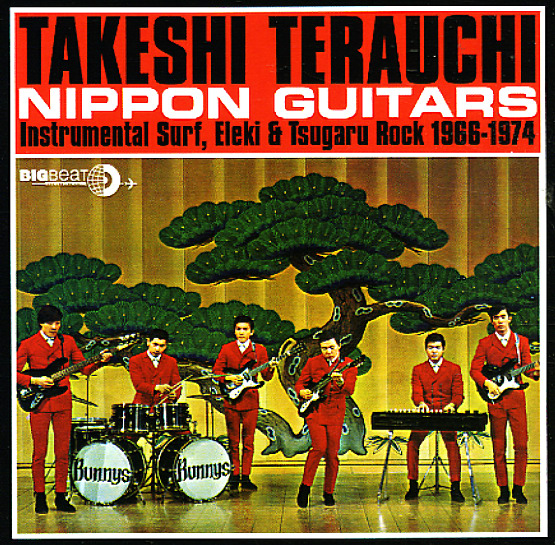 Blazing 60s & 70s string-shredding mastery from Japan's great guitar instrumentals guru Takeshi Terauchi – whose playing matches the greatest 50s & 60s rock guitar gurus in both dexterous ability and pulpy mood setting! Takeshi put his own unique spin on the chugging styles of the period – hard-charging twang, surf and beat in the 60s, and distorted spacey and funky rock later on in the 70s – all of it pretty amazing! Includes "Ganroku Hanami Odori", "Rising Stars", "Sado Okesa", "The Clamour Of The Sun", "South Pier" and "Summer Boogaloo" by Takeshi Terauchi & The Bunnys, plus "Hoshi Eno Tabeji (Journey To The Stars", "Sa No Sa", "Touryanse", "Nambuzaka Yuki No Wakare", "Tsugaru Eleki Bushi" and many more by Takeshi Terauchi & Blue Jeans. 25 tracks on the CDversion.  © 1996-2021, Dusty Groove, Inc.