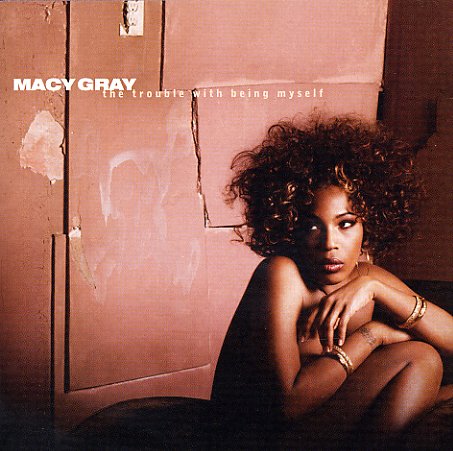 Trouble With Being Myself

Macy's follow up to The Id, which was a wonderful and underappreciated record, and it's nearly as nice! Trouble With Being Myself sort of combines the paths she took on the previous two albums for a really nice mix of material. "When I See You", "She Ain't Right For You", "My Fondest Childhood Memories" and other tracks kind of carry on the smoother, more mannered style of her breakthrough first album, and other tracks like the fine "It Ain't The Money" with Pharoahe Monch, "Screamin'" and others carry on with the grittier, deeper style of The Id. A strong album overall, one that should have kept Macy on the shortlist of relavent pop artists for a long time to come – but sadly fell through the cracks! Other tracks include "Things That Made Me Change", "Jesus For A Day", "She Don't Write Songs About You", and "Speechless".  © 1996-2022, Dusty Groove, Inc.