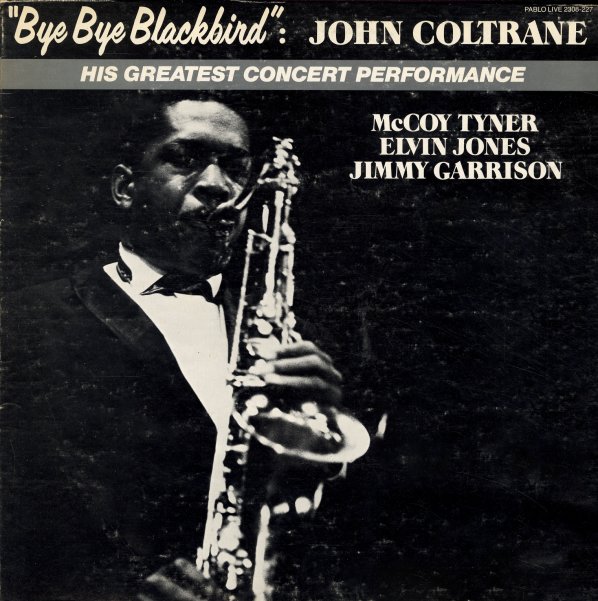 Also available
John Coltrane — Bye Bye Blackbird ... CD 7.99
John Coltrane live – in a setting that really shows the tenorist starting to stretch out a lot – almost hitting some of the freer modes of a few years later, but still keeping things swinging throughout! The rhythm section is superb – that legendary lineup of Jimmy Garrison on bass, McCoy Tyner on piano, and Elvin Jones on drums – creating this magical flow that really sets the tenor free – stretching out in a take of "Bye Bye Blackbird" that really transforms the tune – matched by a equally great reading of "Traneing In". Each long track takes up a side of the record – and both were recorded live in Europe in 1962.  © 1996-2022, Dusty Groove, Inc.
(Original 1982 pressing, sealed! Cover has a small cut corner.)