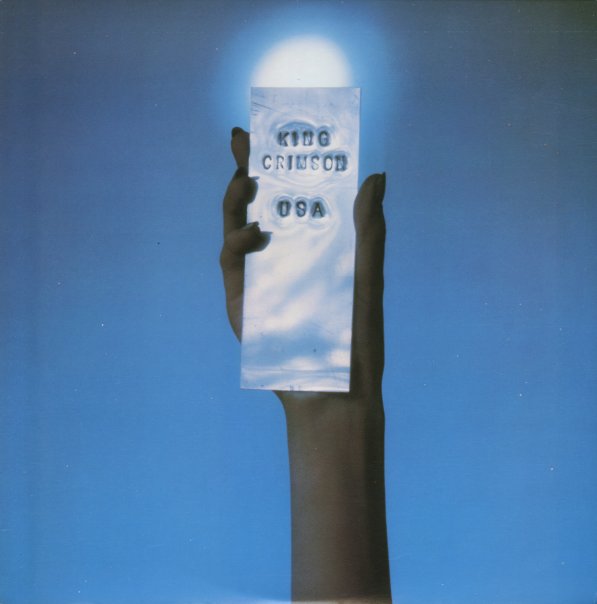 A pretty dark little record from the waning mid 70s version of King Crimson – recorded on tour in the US by a quartet of David Cross, Bill Bruford, John Wetton, and Robert Fripp. The tracks are mostly live takes of tunes from earlier albums – "Easy Money", "21st Century Schizoid Man", "Lament", and "Larks Tongue In Aspic" – done in versions that are considerably more turgid than the originals, with lots of heavy guitar work.  © 1996-2021, Dusty Groove, Inc.
(Red and green label Rockefeller pressing. Cover has light wear.)