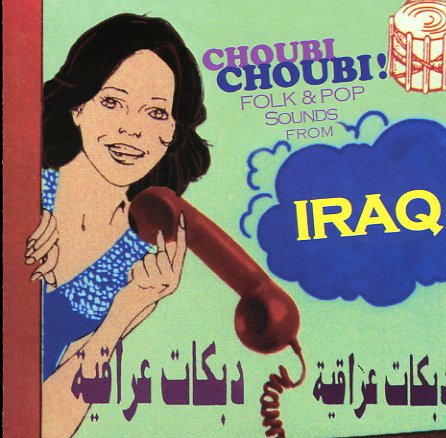 A heady brew of unusual music from the Iraqi scene – material that's billed here as folk and pop, but which has a quality that's a lot different than those genres might sound in the US! The folksy cuts often have angular reed work in the mix, which really gives them a sharp edge – especially when aligned with the vocals – and the "pop" material is still often pretty edgey too, with qualities that almost remind us of Bollywood music at times – given the stuttering rhythms, nasally reed lines, and little bits of strings. As usual with Sublime Frequencies, the music here more than lives up to the promise of the label's name – truly unusual sounds that you'd be hard-pressed to find anywhere else!  © 1996-2021, Dusty Groove, Inc.
(Out of print.)