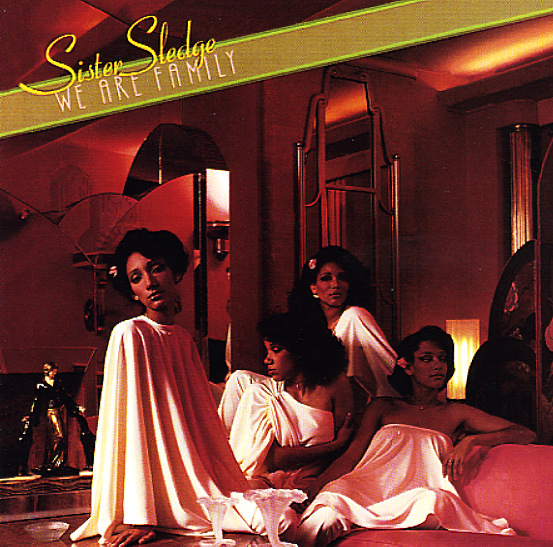 We Are Family (with bonus tracks)

Possibly the greatest moment ever from Sister Sledge – a set that has the Philly quartet teaming with the Chic team of Nile Rodgers and Bernard Edwards! Rodgers' guitar brings in a hell of a groove to the record – that choppy, skittish sound that made Chic such a favorite at the time – which makes for a surprisingly great combination with the sweeter vocals of the group. There's a definite sense of groove going on here – heard most famously in the huge hits "We Are Family" and "He's The Greatest Dancer" – and continuing strongly through other numbers like "Thinking Of You", "Easier To Love", "One More Time", and "Lost In Music". Plus the CD includes 4 bonus cuts – "We Are Family (Sure Is Pure rmx)", "We Are Family (Steve Anderson DMC rmx)", "Lost In Music (Sure Is Pure rmx)", "Lost In Music (1984 Edwards & Rodgers rmx)".  © 1996-2020, Dusty Groove, Inc.
(Out of print.)