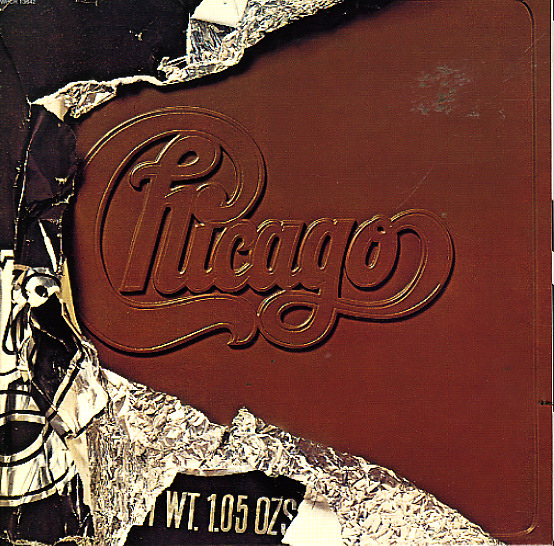 (Includes the printed inner sleeve. Cover has light surface wear, minor flaking at the bottom seam, and is slightly wavy at the front panel.)

Chicago VII
Columbia, 1974. Near Mint- 2LP Gatefold
LP...$16.99
Still part of the classic early run of the group – one of the most production for an act like this in the 70s – and an album that still has them putting out a double-length set of goodness! Titles include "Byblos", "Song Of The Evergreens", "Searchin So ... LP, Vinyl record album

Chicago III
Columbia, 1971. Very Good+ 2LP Gatefold
LP...$7.99
Chicago on their third LP – still humming strong! The group are following the double-length format of their first two here – cutting out some sub-suites of tracks that mix together jazzy riffing, harder guitars, and some of those sweet vocal arrangements that always sounded better on ... LP, Vinyl record album

Chicago II
Columbia, 1970. Very Good+ 2LP Gatefold
LP...$8.99
Chicago's second album – not as familiar as the first, and with some really great moments! The group is working here in the same extended-length format as on their debut, going for some more complicated tunes spread across the album's double length – jazzy riffing still firmly in place ... LP, Vinyl record album