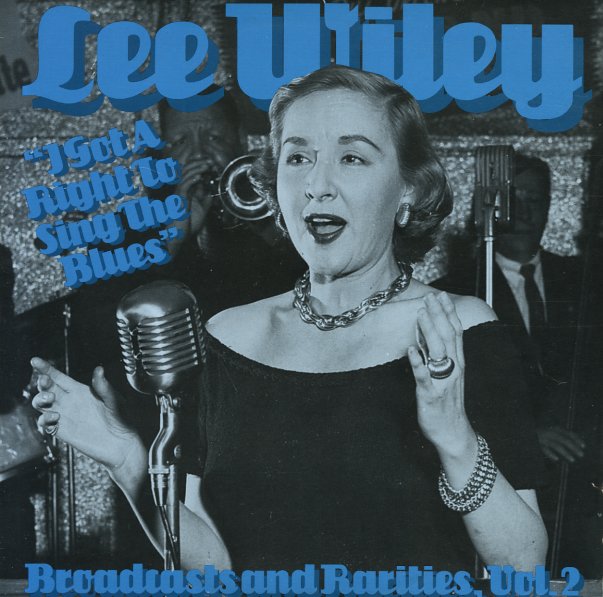 (Late 80s issue. Cover has light wear, a small mark from sticker removal, and some light scrapes in back.)

Touch Of The Blues
RCA, 1958. Very Good+
LP...$6.99
Dark and sophisticated vocals from Lee Wiley – cut with a slightly more traditional feel than some of her other albums from the time, partly because the backings are handled by Billy Butterfield! Yet despite a slightly traddish bent, there's also a slightly modern feel too – a nice ... LP, Vinyl record album

Chains Of Love
Jass, Early/Mid 60s. Near Mint-
LP...$6.99 11.99
A collection of recordings accompanied by Dale Sherman and his orchestra in 1965, The Joe Williams Trio with Harold Mabern, Herbert Brown, and Robert Thompson in 1966, and with Ray Bloch and his orchestra from 1962 through 1964. LP, Vinyl record album