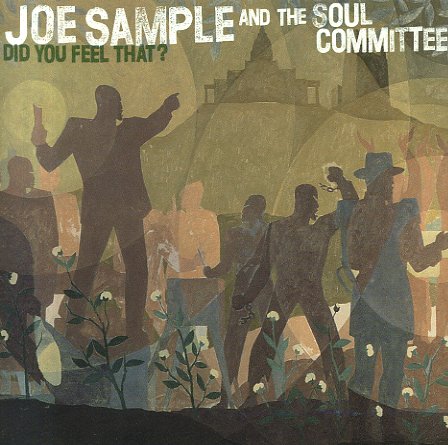 Did You Feel That?

Joe Sample on piano and keyboards, Freddie Washington on bass, Steve Gadd on drums, Arthur Adams and Michael Landau on guitar, Lenny Castro on percussion, Joel Peskin on saxophone, and Oscar Brashear on trumpet.  © 1996-2021, Dusty Groove, Inc.
(Out of print.)