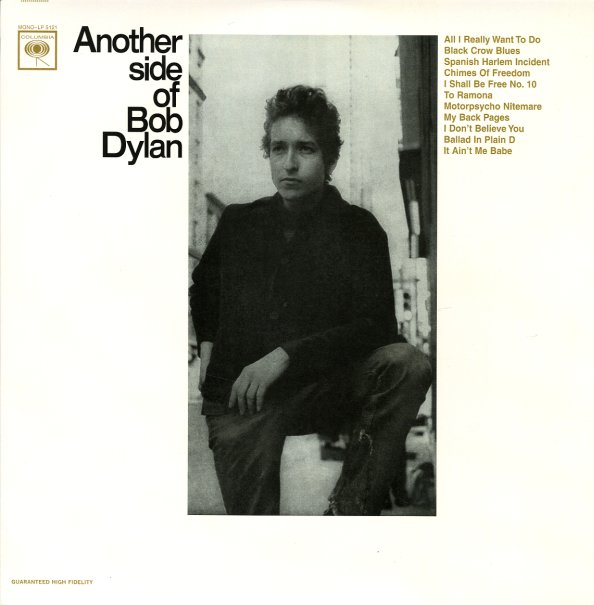 Also available
Bob Dylan — Another Side of Bob Dylan ... LP 49.99
Bob's fourth record, and close runner up to Freewheelin' as the masterpiece of this early stage of his career. While the overly arch Times They Are A Changin' pretty much stood as the cornerstone of classifiable folk rock at the time, Another Side is just that. Dense, elliptical, and downright surreal at times, with some of the protesty stuff that made the media so happy & hungry, but much more layered and poetic. Another Side is also much more reverent of and indebted to the Harry Smith field recordings that Bob studied so hard, the stuff that finally caught on with the general public in the early 90s. Titles include "Spanish Harlem Incident", "It Ain't Me Babe", "Ballad In Plain D", "Black Crow Blues", "I Don't Believe You", "Motorpsycho Nitemare", "To Ramona", "Chimes Of Freedom", "My Back Pages", and "I Shall Be Free No 10".  © 1996-2022, Dusty Groove, Inc.
(2003 remastered edition. Still sealed!)