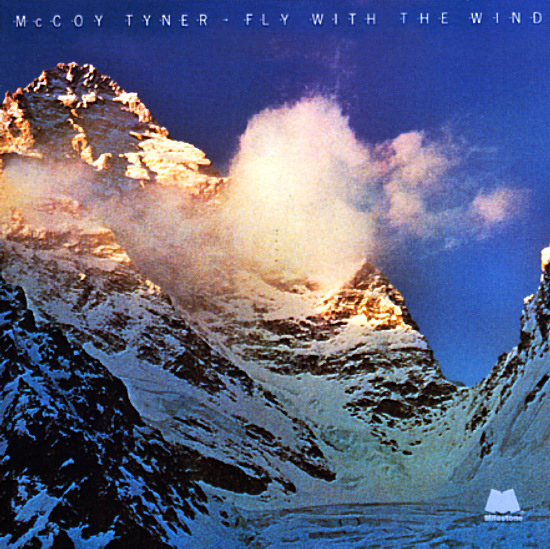 Fly With The Wind (Keepnews collection – with bonus tracks)

Don't be put off by the late date of the session, because this is an excellent album from McCoy Tyner – and one with a very spiritual groove that's clearly inherited from Coltrane! The album's based around longer compositions arranged by Tyner, and orchestrated by the great William S Fischer – with lead solos by Hubert Laws on flutes and McCoy on piano, over soaring searching backings that push onward with the same kind of soulful sound as some of Tyner's earlier Blue Note albums. Fischer, as always, manages to balance complexity with straight-ahead grooving – and the clean sound of the album is a surprise throughout! Titles include "Salvadore De Samba", "Beyond The Sun", "Fly With The Wind", and "Rolem". CD also features 2 bonus tracks – alternate takes of "Beyond The Sun" and "Rolem".  © 1996-2021, Dusty Groove, Inc.
(Out of print, very slight tear on booklet cover.)