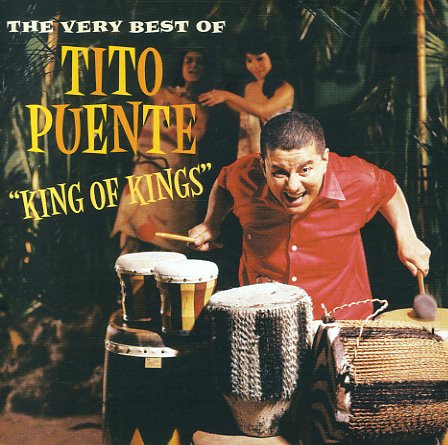 King Of Kings – The Very Best Of Tito Puente

(Barcode has a cutout hole, tray card has a crease.)

Mamborama! (aka Mamborama/Mambo With Me)
Tico/Charly (UK), Late 50s. Used
CD...$14.99
Hey, they're not kidding with this title – as Tito really goes to town with a set of mambo tunes, grooving it up with a hard heavy percussive edge! The title's one of the first on the Tico label (as an LP), and it really sets the pace for some of the label's excellent work to come – as ... CD

Top Percussion
RCA, 1957. Used
CD...$11.99
One of the greatest Tito Puente albums from the 50s, and a spare percussion jam session that's right up there with his legendary Puente In Percussion album! The group features Mongo Santamaria, Bill Correa, Julito Collazo, and Enrigue Marti on percussion with Tito – and the only other ... CD