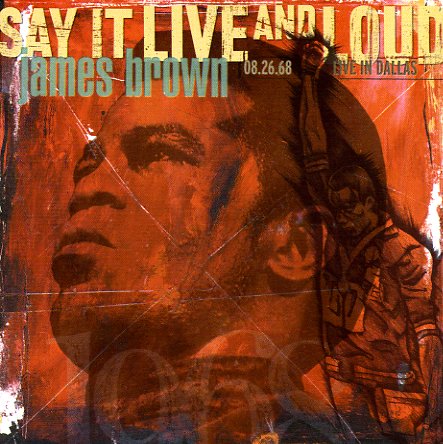 An amazing James Brown live set from the crucial year of 1968 – the show that marked the debut of "Say It Loud I'm Black & I'm Proud" – a cut that would become an anthem for much of America in the years to come! The feel here is somewhat similar to Brown's famous Boston show of the same year – a mix of blistering uptempo funk tracks, played by the band at a clip that's even faster than their studio sides, mixed with a few more stripped-down, personal cuts that feature James getting a bit more intimate with the audience. The production quality of the set is wonderful – and it leaves in all the hip spoken bits between tracks, really preserving the liveness of the concert, and packaging the whole thing with some great notes and photos too! Titles include "I Guess I'll Have To Cry Cry Cry", "Say It Loud", "If I Ruled The World", "There Was A Time", "Maybe The Last Time", "I Got The Feeling", "Cold Sweat", "Please Please Please", "Tighten Up", "Licking Stick", and lots more!  © 1996-2022, Dusty Groove, Inc.
(Out of print.)