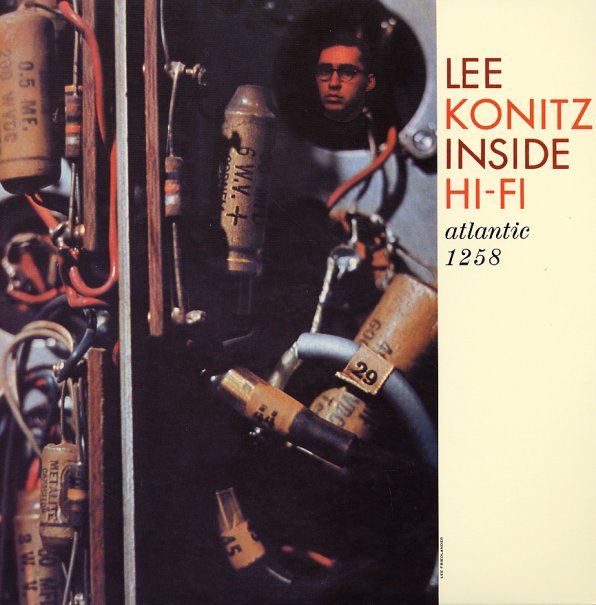 A gem by Lee Konitz – one of his near-perfect 50s sessions for Atlantic! Lee's tone here is crisp, clear, and hauntingly fresh – modern, yet never academically so – and played with a dexterity that's incredible, but never too in love with itself to go too far. Key players on the session include guitarist Billy Bauer on side one, and bassist Peter Ind and pianist Sal Mosca on side two – both artists who fit Lee's vision perfectly, matching tone and color beautifully. Titles include great readings of "Star Eyes" and "Everything Happens To Me" – plus Konitz tunes "Kary's Trance" and "Cork N Bib" – and a reading of Peter Ind's "Nesuhi's Instant".  © 1996-2023, Dusty Groove, Inc.
(Out of print, punch through barcode.)

Jazz From The 1950s
Wave (UK), 1957. Used
CD...$11.99
Essential work by Lee Konitz – an overlooked treasure from his sublime 50s years! The set features a live recording made in 1957 by bassist Peter Ind – then working with the Konitz group, and an engineer with an extremely sensitive ear for Lee's great tone – that crisp and icy ... CD

Lee Konitz In Harvard Square (plus bonus tracks)
Black Lion (Germany), 1954. Used
CD...$5.99
Nothing too academic here – despite the Harvard setting – just clear, clean early work from Lee Konitz – recorded with that crispy edge that he brought to all of his best early work! The album's a treasure all the way through – really amazing stuff, with a sharpness that's ... CD