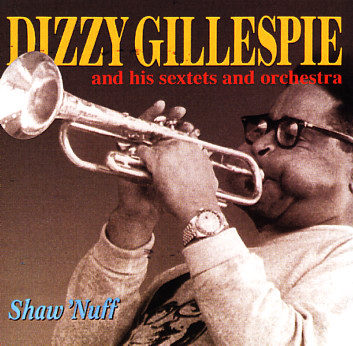 A collection of classic material by the legendary Dizzy Gillespie – a set that shows the earliest mark he made on modern music, recorded in the late 40s with an array of top-shelf players! The 20 track set list is overflowing with Gillespie classics – presented here in seminal recordings that feature Charlie Parker, Sonny Stitt, Dexter Gordon, Milt Jackson, and others – some with a bit of scatting vocals from Diz, but mostly an instrumental focus that features plenty of firey trumpet solos! Titles include "Blue N Boogie", "Groovin High", "Dizzy Atmosphere", "Shaw Nuff", "Lover Man", "Salt Peanuts", "Hot House", "Oop Bop Sh'Bam", "Our Delight", "One Bass Hit", "He Beeped When He Should Have Bopped", "Emanon", and "Ray's Idea".  © 1996-2022, Dusty Groove, Inc.
(Out of print.)