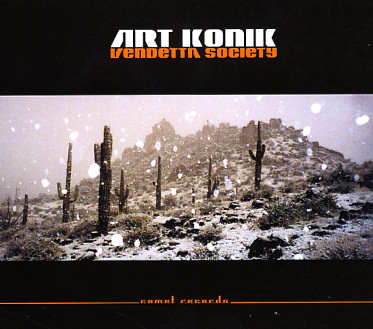 Darkly beautiful work from Art Konik – a mixture of jazz samples and acoustic playing on piano, percussion, sax, and occasional other instrumentation. The overall feel is similar to some of the recent work on French Blue Note – but with less of a house base, and more of a serious compositional approach overall. Bobby Few guest stars on bass on one track – and titles include "Afro Monkey", "Mingpark", "La Miche", "New York", "Finger", and "Clap".  © 1996-2021, Dusty Groove, Inc.
(Digipack has some edge wear.)

Brighter Days
Comet (France), 2008. Used
CD...$5.99
A bit of jazz and a bit of beats – a collaboration between saxophonist Julien Lourau and beatmaker Jeff Sharel – coming together here with a chunky sort of groove that's plenty darn appealing! There's a pulsating energy to most of the numbers here – kind of a bottom-up way of ... CD