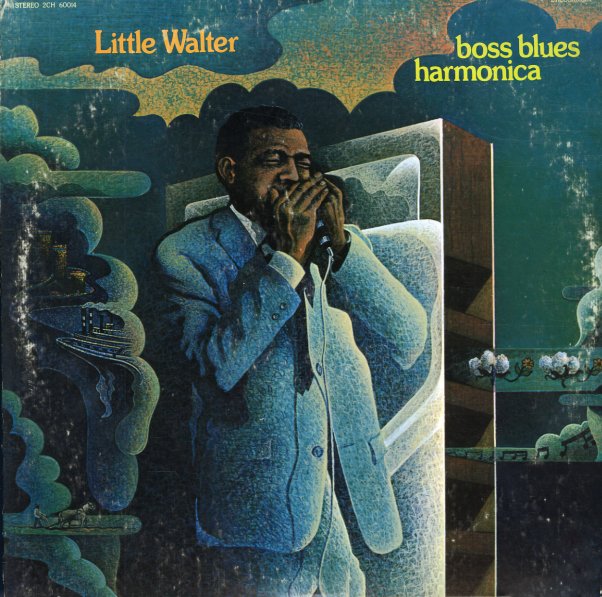 A pretty nice little 2LP set – put together in the early 70s, and featuring material that Walter recorded for Chess during the 60s. As the title would imply, there's a lot of harmonica on the album – but Walter's vocals should also be given their due, as they're a bit more in the soul mode than some of his Chicago blues contemporaries. Titles include "Last Night", "My Babe", "Sad Hours", "Blues With A Feeling", "Off The Wall", "Juke", "Mean Old World", "I Got To Go", "Shake Dancer", "Thunderbird", "Ah'W Baby", "Too Late", "Boom Boom Out Go The Lights", "You Better Watch Yourself", and "Blue Lights".  © 1996-2021, Dusty Groove, Inc.
(Early 80s Canadian pressing in a non-gatefold cover.)

Complete Recorded Works In Chronological Order – Volume 3
Document/Third Man, 1929. Near Mint-
LP...$16.99
Seminal sides from 1929 – the second half of the complete November and December recordings made by Charley Patton in Grafton, Wisconsin – quite an unlikely place for sessions of Mississippi blues – but sides that easily helped Patton become one of the biggest artists of his ... LP, Vinyl record album