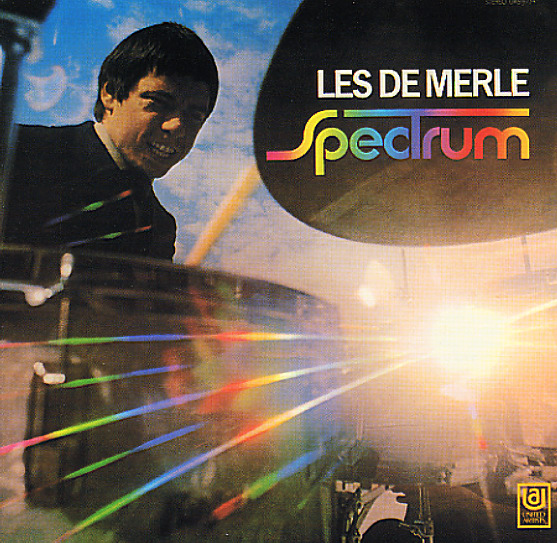 One of the few albums ever cut by Les DeMerle, one of the hippest drummers of his time – made legendary thanks to legions of samplers and beatheads in the 90s! This is certainly one of Les' best ever efforts – a tight batch of funky big band tracks, with lots of nice grooves, and a very hip lineup that includes Frank Foster, Joe Beck, Chris Woods, Arnie Lawrence, and Charles Sullivan – all coming together in some great tunes that have very unusual rhythms, and a great format that puts the drums in line with the hip playing in the reed section! The album includes Les' famous version of "A Day in the Life", which begins with a monster funky intro – plus the cuts "Fusion – Pro & Con", "Underground", "Deflections 1, 2, 3, & 4", and "Aquarius". This great 2011 edition from Get On Down has 2 bonus tracks: "The Raven" and his version of "I Am The Walrus"!  © 1996-2022, Dusty Groove, Inc.

Booker Little 4 & Max Roach
United Artists/Universal (Japan), 1958. New Copy
CD...$13.99 14.99
The legendary trumpeter Booker Little – paired here with drummer Max Roach, who was frequently Book's leader at the time! The set's got a sharp-edged and modern mix of hardbop and fresh ideas – very similar to the best Roach albums of the time – and with a similar sort of group ... CD

Brass Shout
United Artists/Universal (Japan), 1959. New Copy
CD...$13.99
A great little album by this wonderful trumpeter – and one that we passed up for years because we were afraid of the words "brass" and "shout" in the title! If you're a Farmer fan, though, don't worry about this being some sort of snoozy "bold n brassy" session ... CD