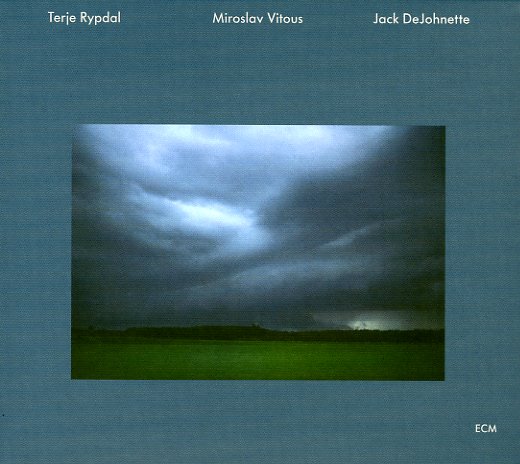 An ECM power trio set from the late 70s – served up with a sound that's very much the sum of its three great parts! Terje Rypdal's guitar work is as enigmatic as ever – sharp-toned, and spinning out in really spacey, spooky ways – and Miroslav Vitous plays bass just like we like – using the instrument to feel out space, instead of just mark time – leaving most of that, at points, to the drum work of Jack DeJohnette, who shows once again that conventional rhythms aren't really his bag – and that he's free to use the drum kit like nobody else. Producer Manfred Eicher folds the whole thing together with a beautiful sense of sound – and titles include "Sunrise", "Den Forste Sne", "Will", "Flight", and "Seasons".  © 1996-2023, Dusty Groove, Inc.
(Sealed US pressing. Cover has a cutout mark.)