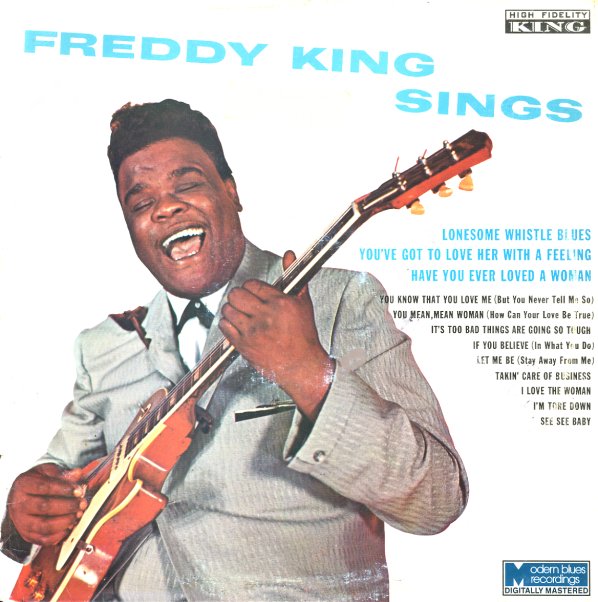 The great Freddie King opens up vocally, alongside his searing guitar work – on titles that include "Lonesome Whistle Blues", "You've Got To Love Her With A Feeling", "Have You Ever Loved A Woman", "I Love The Woman", "I'm Tore Down", and "Takin Care Of Business".  © 1996-2023, Dusty Groove, Inc.
(80s Modern Blues pressing. Still sealed! Cover has a cut corner.)

After Hours
King, Late 50s. Very Good
LP...$24.99 29.99
A classic 50s compilation from the legendary King Records – one that really shows off the grittier, bluesier side of their catalog – and features some key crossover cuts from the postwar years too! The music here is a wonderful mix of modes – instrumental R&B, jukebox jazz, ... LP, Vinyl record album