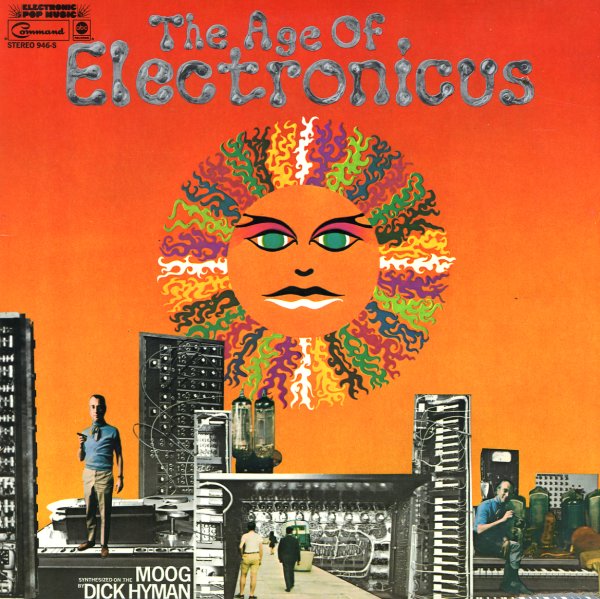 One of the all-time great moog albums of the 60s – served up by pianist Dick Hyman, who'd cut a fair bit of more standard material in the years before – but who also turned out to be a wizard with the new electric instrument, helping it to find a very fresh sound! Unlike some of the more offbeat moogy records of the time, Hyman's approach focuses right in on the groove – using lots of influences from both soul and pop, but also exploding the electronics at a level that take the moog way past some of the more simple moog cover records of the period. Titles include the very funky club cut "Give It Up Or Turn It Loose" – plus "Both Sides Now", "Kolumbo", "Time Is Tight", and "Green Onions".  © 1996-2022, Dusty Groove, Inc.
(Cover is in nice shape!)

Concerto Electro
Command/ABC, Late 60s. Very Good+ Gatefold
LP...$1.99
Not as "electro" as you might expect from the title, but a pretty nice little record from Dick! The album has Hyman playing Baldwin electric piano in front of larger orchestrations – running through a suite of tracks that move from jazz to classic to "rock" type rhythms ... LP, Vinyl record album