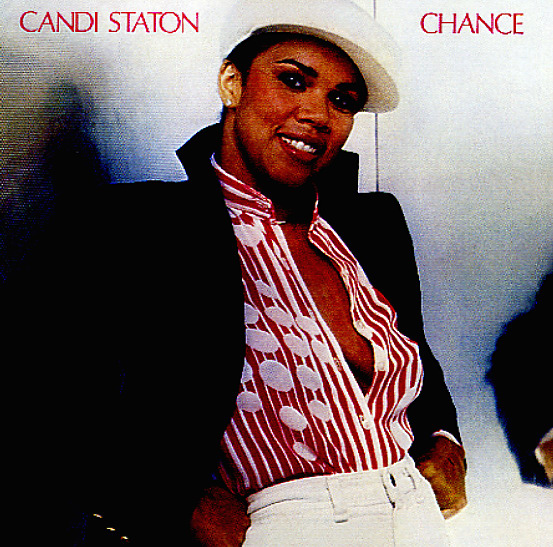 Heavy grooves from the club years of Candi Staton – material that's quite different than the rootsier soul of her start, but work that's equally great in its own sort of way! The tunes here are mostly upbeat and clubby – with arrangements handled by Patrick Adams, Leon Pendarvis, Ron Miller, Kenny Morris, and others – all much more east coast and uptempo than the southern-styled sound of Staton's previous records. Yet Candi still sounds great throughout – and her well-trained vocals really hold strong throughout the set, following nicely on the previous strengths of the "Young Hearts" hit. Most tracks are long, and titles include "I Ain't Got Nowhere To Go", "When You Wake Up Tomorrow", "Rock", "Chance", and "Me & My Music".  © 1996-2022, Dusty Groove, Inc.
(Includes the printed inner sleeve. Cover has a cutout hole, light wear, and a sticker on the top seam.)

Nightlites
Sugar Hill, 1984. Sealed
LP...$4.99
An obscure later set from Candi Staton – done on the heels of her bigger club hits, but in a very different mode! The style is very much in an 80s groove sort of bag – and Candi's backed on the album by the Sugarhill Gang and West Street Mob, who both give the whole thing a nice east ... LP, Vinyl record album

Gentleman Ruffin
Warner, 1980. Near Mint-
LP...$16.99
David Ruffin at Warner Brothers – a very good thing, thanks to some sublime production from Detroit soul legend Don Davis! As with other key productions in the 70s, Don pitches Ruffin with a sound that's smooth, but still has a great sense of humanity – a style that's a bit like late ... LP, Vinyl record album