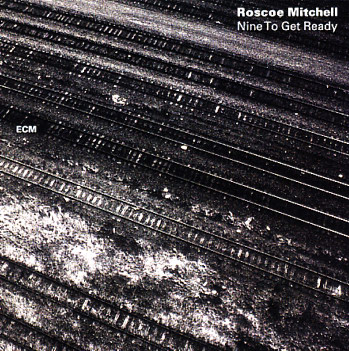 Nine To Get Ready

The nine to get ready here are the members of Roscoe's Note Factory nonet – an ensemble that includes George Lewis on trombone, Hugh Ragin on trumpet, Matthew Shipp on piano, William Parker on bass, and Tani Tabbal on drums and percussion. The sound here is spare and textural – very much in the ECM mode, and often surprisingly spare, despite the largeness of the group. Mitchell's on soprano, alto, tenor, and flute – stepping slowly alongside more tightly arranged horn passages for most of the set. Titles include "Leola", "Dream & Response", "Nine To Get Ready", "Move Toward The Light", "Big Red Peaches", and "Bessie Harris".  © 1996-2021, Dusty Groove, Inc.
(Out of print.)