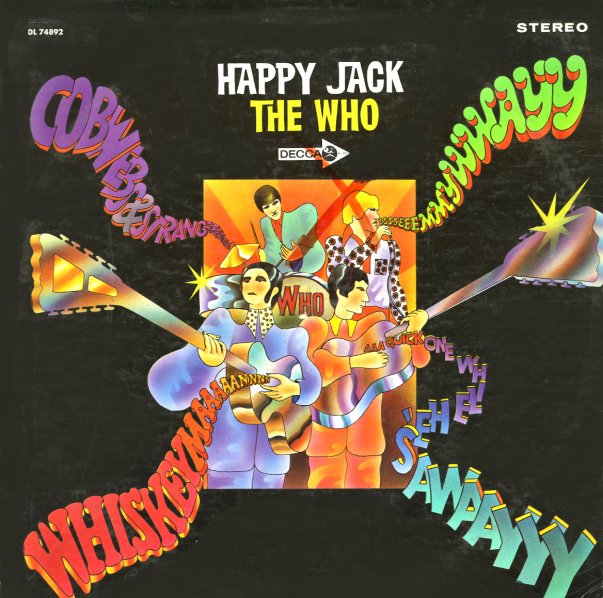 Maybe the first true moment of genius from The Who – a record that shows that the group aren't just the usual mod rockers of the time – even though they were already pretty darn great in that format! Instead, there's all these little weird bits and odd themes going on – including elements that would get expanded more fully in later concept albums, but which already have this great force here – especially packed into these short, tuneful little songs. The whole thing's wonderful – as dark as it is catchy – and titles include "Boris The Spider", "So Sad About Us", "Don't Look Away", "Run Run Run", "Whiskey Man", "A Quick One While He's Away", "I Need You", and "See My Way".  © 1996-2022, Dusty Groove, Inc.
(Original Decca stereo colorband label pressing, including Decca inner sleeve. Cover has partial splitting all on seams, some surface & ring wear, aging.)