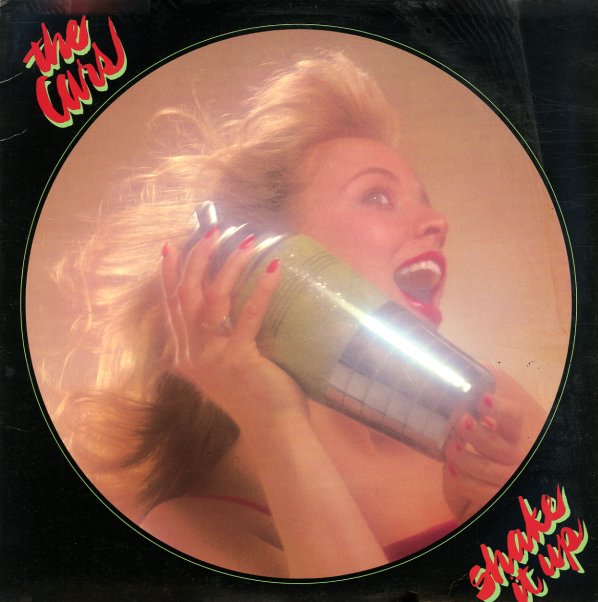 A well-remembered classic from The Cars – one of those records that had the group finding a perfect way to tap into new wave energy from the underground, yet somehow manage to score some major hits at a time when American radio was still pretty shy of so many new sounds! This set still has the group pretty close to their Boston roots – commercial, but never too polished – and in addition to the title hit "Shake It Up", other tracks include "Think It Over", "Since You're Gone", "I'm Not The One", "Victim Of Love", "This Could Be Love", and "A Dream Away".  © 1996-2021, Dusty Groove, Inc.
(Original pressing. Includes the printed inner sleeve. Cover has some fraying at the top seam, a light stain along the bottom, some edge wear, and partially unglued bottom seam.)

Garage Days Re-Revisited
Elektra, 1987. Very Good+
LP...$79.99
Metallica takes a break from cementing the legacy of thrash metal, after their Master Of Puppets tour, with this fun covers EP paying homage to few of their own heroes – from UK metal heroes Diamond Head and Holocaust, to hard rock forbears Budgie, to postpunk iconoclasts Killing Joke, to ... LP, Vinyl record album

Four Sail
Elektra, 1969. Very Good
LP...$33.99
Much more of a hard rock affair than the group's third LP – kind of a return to the heavy guitars of Da Capo after the baroque beauty of Forever Changes – but a stone winner nonetheless! Arthur Lee's genius is still firmly in place, and although there's a back to basics rock feel on ... LP, Vinyl record album