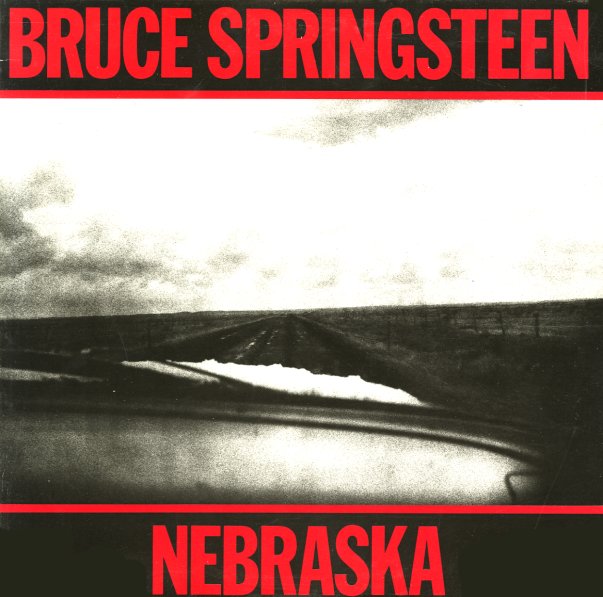 The starkest, sparest ever by Bruce Springsteen – sans accompaniment for the most part, having famously opted to release the haunting guitar, voice and harmonica demos as the actual album – and it's devastatingly strong to this day! The hallmark facet is that it's a largely solo acoustic record, the the great thing about that is how distinctively Springsteen sounding it is – with the all the earnestness of his more anthemic material, and more – just done with a sometimes somber, always intimate approach. One of those records that deserves all of the loft praise! Includes "Nebraska", "Atlantic City", "Mansion On The Hill", "Johnny 99", "State Trooper", "Used Cars", "Open All Night", "My Father's House" and "Reason To Believe".  © 1996-2021, Dusty Groove, Inc.
(Includes the heavy inner sleeve. Cover has light surface wear.)