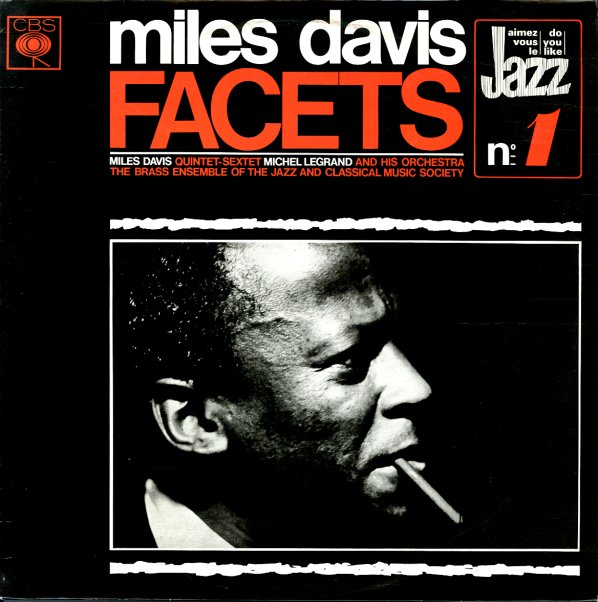 Import collection of some more obscure Miles moments from the late 50s Columbia years! There's 4 tracks recorded with the orchestra of Michel Legrand – and players that include Coltrane, Phil Woods, Jerome Richardson, and Bill Evans: "Jitterbug Waltz", "Round Midnight", "Wild Man Blues", and "Django". 2 tracks from a recording by the Brass Ensemble Of The Jazz & Classical Music Society, one led by John Lewis, the other by Gunther Schuller, are surprisingly wonderful – very much in the mode of Miles' work with Gil Evans, with a similar glistening sound on Miles' trumpet, and warm chromatic washes of sound underneath to provide the perfect soloing vehicle. And there are 4 numbers, a pair each from the Coltrane/Garland incarnation of the quintet, "Sweet Sue" & "Budo", and a transitional sextet from 1962, "Devil May Care" & "Blue Xmas".  © 1996-2022, Dusty Groove, Inc.
(70s Dutch pressing. Vinyl has a short click on "Jitterbug Waltz". Cover has some wear, cut corner, mild corner bend.)