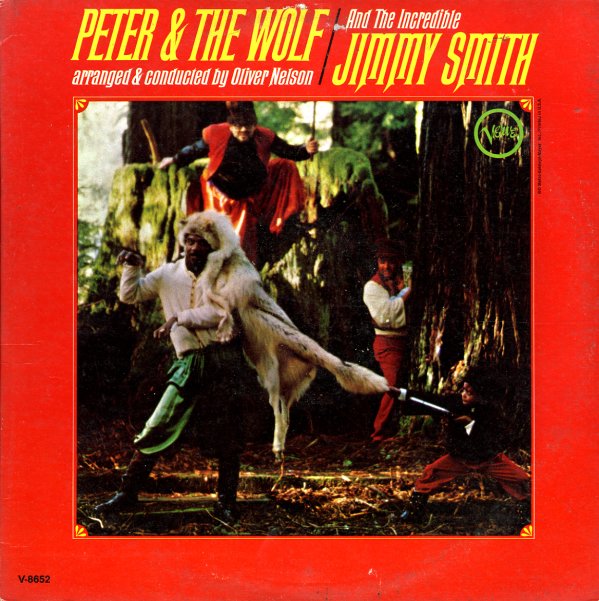 A strange record, and pretty darn goofy – but proof that the Jimmy Smith/Oliver Nelson team could tackle just about anything and make it come up hard and swinging! The album has Nelson arranging a jazz version of Prokofiev's Peter & The Wolf, with Smith soloing out front on most tracks, and lots of nice players in the group, like Billy Butler, Grady Tate, Richard Williams, and Richard Davis. The reed players really stand out, as they play the voices of the characters in the piece, and the album includes some very deft work by Jerome Richardson, Jerry Dodgion, Phil Woods, and Bob Ashton. Titles include "Duck Theme", "Jimmy & The Duck", "Cat In A Tree", and "Elegy For A Duck".  © 1996-2020, Dusty Groove, Inc.
(Out of print.)

Who's Afraid Of Virginia Woolf?
Verve, 1964. Used
CD...$9.99
A real treasure, and a record that may well be our favorite Jimmy Smith album for Verve – a masterful meeting of his smoking Hammond work with some swingingly sophisticated arrangements by Oliver Nelson and Claus Ogerman! Both Nelson and Ogerman bring a fuller spectrum of horn work to the ... CD