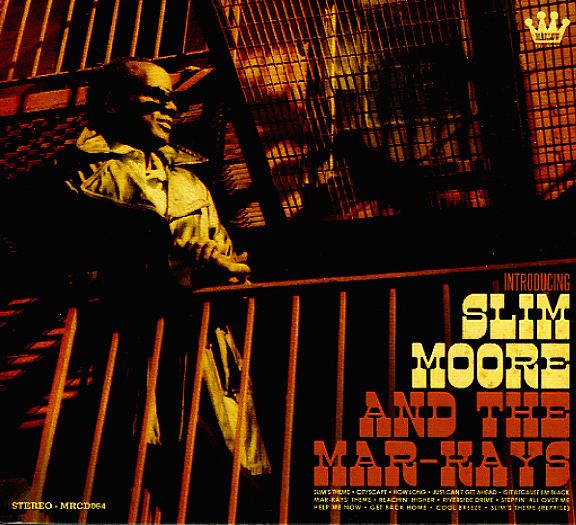 One of the best funk albums of the 2010s – and one that really does an amazing job of putting equal emphasis on instrumentation and deep soul vocals! Slim Moore comes across like some lost singer from the early 70s funky 45 generation – gritty and upfront, with a quality that's instantly infectious – almost like Syl Johnson during his Twinight years. Then the Mar-Kays play with this depth that's equally wonderful – mixing funky licks with more complicated soul touches – some of the vibes we've gotten from the Daptone scene – slower grooves mixed with faster ones, touches of hip instrumentation, like vibes – all wrapped up in a production style that really recalls the best days of indie soul. The whole thing's wonderful – a record we'd put right up there with Lee Fields' My World, or the Charles Bradley full-length – and a set we'll be digging for years! Titles include "How Long", "Cityscape", "Slim's Theme", "Reachin Higher", "Mar-Kays Theme", "Cool Breeze", and Help Me Now".  © 1996-2020, Dusty Groove, Inc.