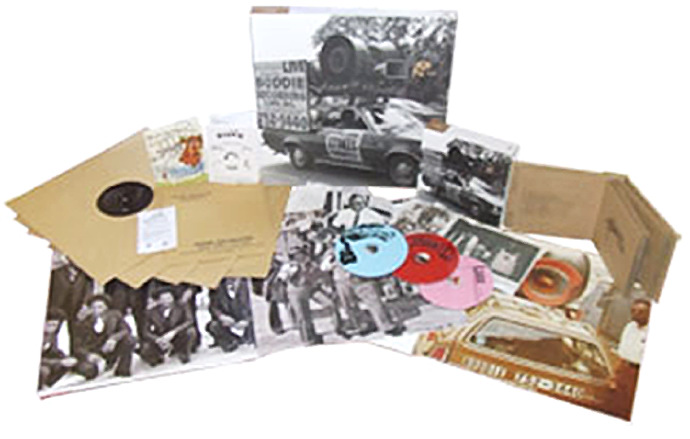 One of the coolest sets the Numero Group has ever released – and that's saying a heck of a lot, given their already-mighty catalog! Although the label issued a previous dip into the enigmatic Boddie Recording company of Cleveland, this massive package brings together a whopping 57 tracks from the Boddie studios and related labels – many of which have never been reissued before, even by Numero – and all of which offer up a mindblowing microcosm of the American scene in the 60s and 70s – a wealth of rare funk, soul, psych, gospel, and more – all of it the kind of gritty material that 45 collectors die for! But just as cool as the music is the box itself – a slipcover that fits around a hardcover book, which contains individual pockets with CDs that focus on the core labels from Boddie – then other pull outs that include a big booklet on the studios, another on the artists, and a third set of bonus inserts! Musically, the whole thing's right on par with other Numero releases – maybe even above them, given the wide range and depth of the collection – and artists include Bo & The Metros, Inter Circle, King James Version, Ricky Hodges, Jackie Russell, Angela Alexander, Frankie Pighee, Chantells, AC Jones, Harvey Hall, Headlines, Modern Detergents, Penny North, JC Akins, Little Anthony Mitchell, Gospel Fabulators, Royal Kings, Corinthian Singers, Brother Bill, Victory 5, and many more.  © 1996-2021, Dusty Groove, Inc.