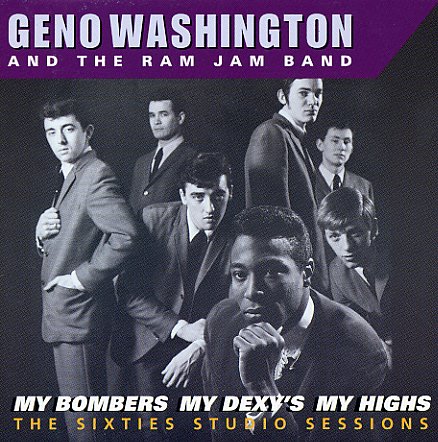 My Bombers, My Dexy's, My Highs – The Sixties Studio Sessions

Sockin soul from Geno Washington – an ex-American marine who recorded to big fame in the UK in the late 60s – working with the legendary Ram Jam Band, an act that rivaled some of the best American combos of the southern party circuit at the time! The CD features a huge amount of work by Geno – 27 singles, the full album Shake A Tail Feather, and 7 previously unissued bonus tracks – all packaged with a full set of notes on Geno's music and career. 47 titles in all – with tracks that include "Water", "Hi Hi Hazel", "Beach Bash", "Raise Your Hand", "You Got Me Hummin", "If This Is Love", "Boomerang", "Understanding/Turn It Over", "Use Me", "Seven Eleven", and "Bring It To Me Baby".  © 1996-2022, Dusty Groove, Inc.
(Out of print.)