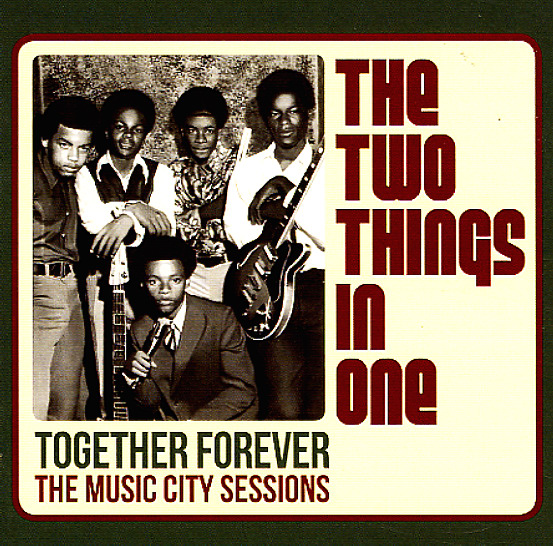 Together Forever – The Music City Sessions

Rare funk from the East Bay scene of the early 70s – every bit as heavy and hard-hitting as grooves from Sly Stone on the other side of the water at the time! Two Things In One may not be a household name, but they groove as hard as any of the best big funk acts of the early 70s – awash in the free-thinking, open spirits of the Family Stone generation – and graced with a nice dose of spiritualism in the vocals – almost a dash of Stevie Wonder that helps deepen these tunes way more than you'd expect! Production is nice and raw – honed at Oakland's Music City studios – and the album's like finding a whole pile of funky 45s you never even knew about – with a nice diversity in grooves throughout, but a tight cohesive style overall. Titles include "Stop Telling Me", "Snag Nasty", "Silly Song", "Let's Get It Together", "Overdoes Of Your Love", "You're No Good", and "Together Forever".  © 1996-2022, Dusty Groove, Inc.