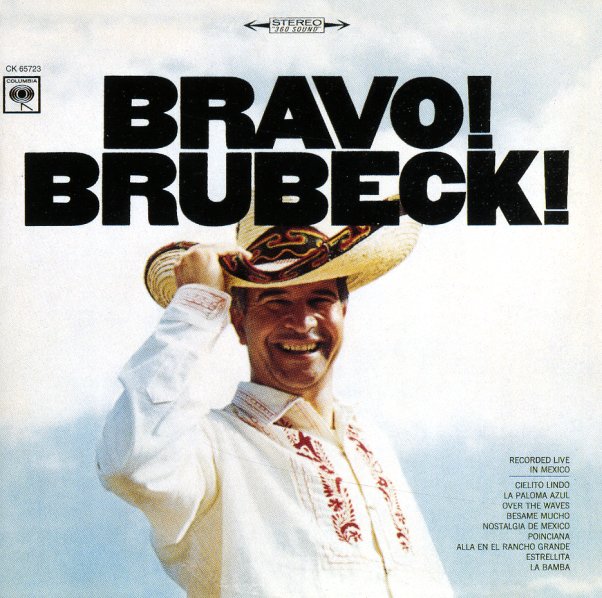 Bravo Brubeck, indeed – as this great live set not only has the Brubeck quartet in Mexico, working through some surprising Latin-themed tunes – but also includes some added percussion and guitar, which brings a whole new dimension to their sound! The album's still got the core Brubeck approach at its heart – with Dave on piano, Paul Desmond on incredible alto sax, Eugene Wright on bass, and Joe Morello on drums – but the quartet finds a way to really open up on these numbers, and expand their sound into new modes – as they'd done on some of their Japanese and Eurasian explorations. A number of tunes are Latin American numbers, re-arranged in a modern way by Brubeck – and titles include "Cielito Lindo", "Sobre Las Olas", "Nostalgia De Mexico", "Poinciana", "Estrellita", and "Alla En El Rancho Grande". CD also includes the previously unreleased track "Frenesi".  © 1996-2022, Dusty Groove, Inc.
(Out of print, 1998 remastered edition.)