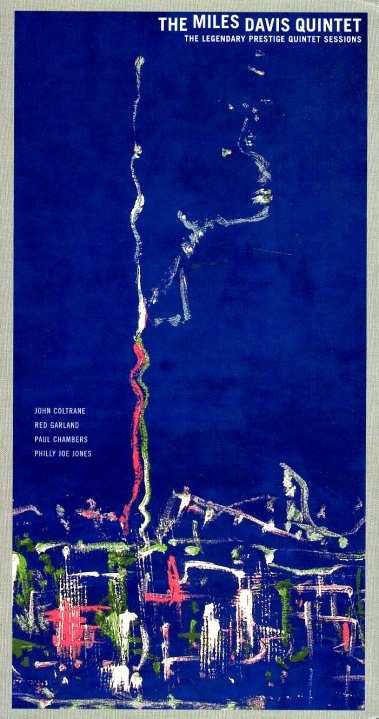 A beautiful overview of some of the most legendary material in the catalog of both Miles Davis and John Coltrane – quintet collaborations for Prestige Records from the late 50s, presented here with all master and alternate takes, plus a full bonus CD of unreleased material! The original tracks were issued on a groundbreaking run of albums that include the classics Cookin, Relaxin, Steamin, and Workin With The Miles Davis Quintet – all with Davis on trumpet, Coltrane on tenor, and rhythm from the trio of Red Garland on piano, Paul Chambers on bass, and Philly Joe Jones on drums. But in addition to the 32 tracks of studio material from the group – presented on the first 3 CDs in the set – the package also features 8 more live numbers, recorded for the Tonight Show in 1955, and live at the Blue Note in Philly in 1956 and at Cafe Bohemia in 1958! Original studio tunes include "Stablemates", "The Theme", "How Am I To Know", "Four", "Salt Peanuts", "Woody'n You", "Ahmad's Blues", "Well You Needn't", "Half Nelson", "Oleo", "Tune Up", and "Blues By Five". Unreleased live tunes include "Tune Up", "Walkin", "Max Is Making Wax", "Four", "Bye Bye Blackbird", and "Two Bass Hit". Added bonuses include 5 solo transcriptions, a 40 page booklet, and original cover art by Miles!  © 1996-2022, Dusty Groove, Inc.
(Out of print.)