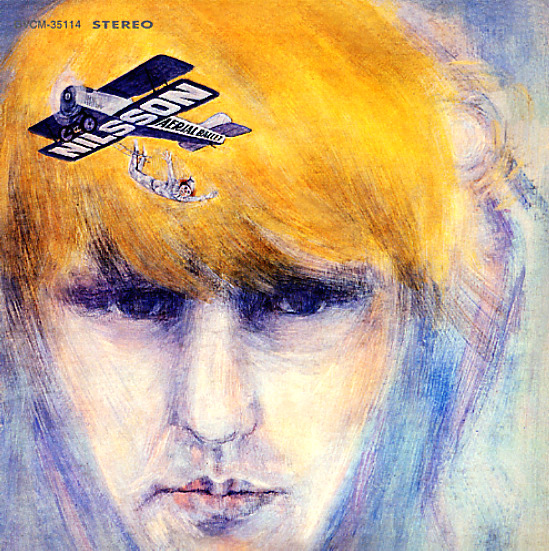 Beautiful early work from the great Harry Nilsson – and exactly the kind of record that set him apart right from the start! The tunes are playful, wonderful, and very quirky – yet still sung with this sense of earnestness that sets Nilsson apart from most of the rest of his generation – almost the passion of a singer/songwriter, but with an offbeat quality that always has Harry giving us a sly wink just when things are getting too serious! The great George Tipton handled the arrangements – with a perfect flair to match the mood of the music – and titles include "Mr Thinker", "Bath", "One", "Little Cowboy", "Good Old Desk", "Mr Richland's Favorite Song", and an early version of "Everybody's Talkin". 3 bonus tracks on this Japanese CD version – "Sister Marie", "Ms Butters Lament" and "Girlfriend".  © 1996-2022, Dusty Groove, Inc.
(Out of print, includes obi.)