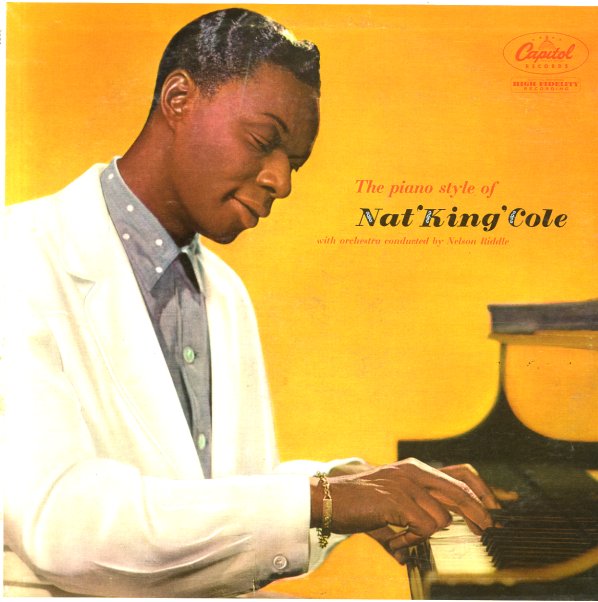 Not vocals, but Nat on piano – over orchestrations by Nelson Riddle!  © 1996-2022, Dusty Groove, Inc.
(Mid 80s UK reissue in a barcode cover, slightly wavy along the opening.)

Nat King Cole Meets Lester Young
Crown, Mid 40s. Very Good+
LP...$6.99
A great collection of bop sides from LA in the forties – tracks that feature a young Nat King Cole on piano, jamming with Lester Young on tenor and a bit of trumpet from Howard McGhee! Young's tone alone is more than worth the price of admission – beautifully firm and strong – ... LP, Vinyl record album