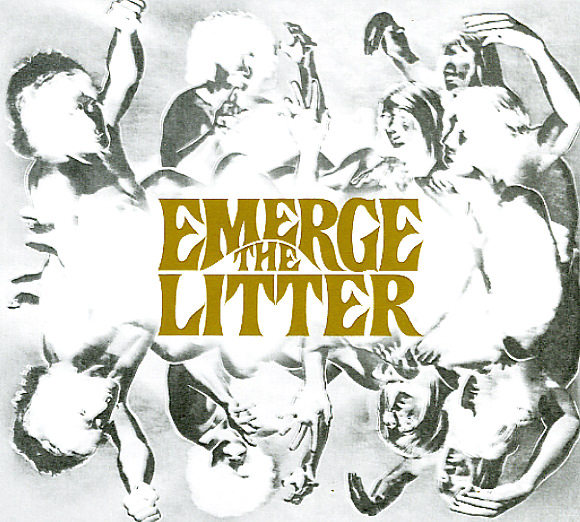 Heavy fuzzed out psychedelia from the late 60s Twin Cities scene – the wild and hard charging Emerge from The Litter – with a heft that would be just as right at home in Detroit at the time as it was in Minneapolis! A lot of that has to due to with the heft – the drums pound heavily and the vocalists wail more than sing – this is a nasty piece of business, this Litter! Still, lumbering as chose to, there's still a nice groove that comes out, particularly on the less frezious moments, and the titles include "Journeys", "Feeling", "Silly People", "Blue Ice", "For What It's Worth", "Little Red Book", "Breakfeast At Gardenson's", and "Futures Of The Past".  © 1996-2021, Dusty Groove, Inc.
(Original US pressing. Cover has light wear and a bit of pen on the front.)