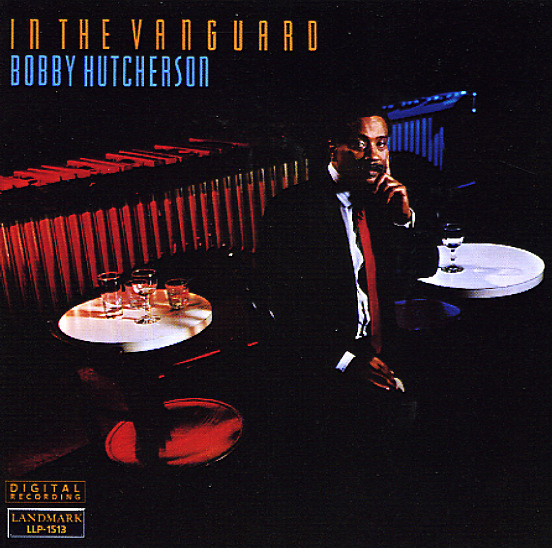 A subtle gem from Bobby Hutcherson's wonderful years on Landmark Records – a point when he was really getting back to basics, and cutting some great straight work that almost hearkened back to his 60s gems on Blue Note! The set's recorded live at the Village Vanguard – and Bobby swings soulfully in a great quartet with Kenny Barron on piano, Buster Williams on bass, and Al Foster on drums. Hutcherson's playing both vibes and marimba – and the scope of his playing here has both grown from earlier years, awash with tones, colors, and light – which Barron and Williams are only happy to fill in more deeply. Titles include "I Wanna Stand Over There", "Little Niles", "Estate", "Well You Needn't", and "Young & Foolish".  © 1996-2020, Dusty Groove, Inc.
(Cover has a promo stamp.)

Epistrophy
Landmark, 1988. Near Mint-
LP...$14.99
A great little later set from Charlie Rouse – recorded for the Landmark label, and done in a real "back to basics" style! The format is modern, Monkish hardbop – a full set of Thelonious originals, performed lovingly by Rouse, Monk's most important sideman of the 60s. The ... LP, Vinyl record album

Ties Of Love
Landmark, 1986. Near Mint-
LP...$11.99
Great later work from this oft-overlooked member of the Montgomery Brothers – vibist/pianist Buddy, who's recording here in a really warm west coast groove! The backings are sometimes large, almost in a Fantasy Records sort of mode – a bit of electric instrumentation in the mix, but ... LP, Vinyl record album