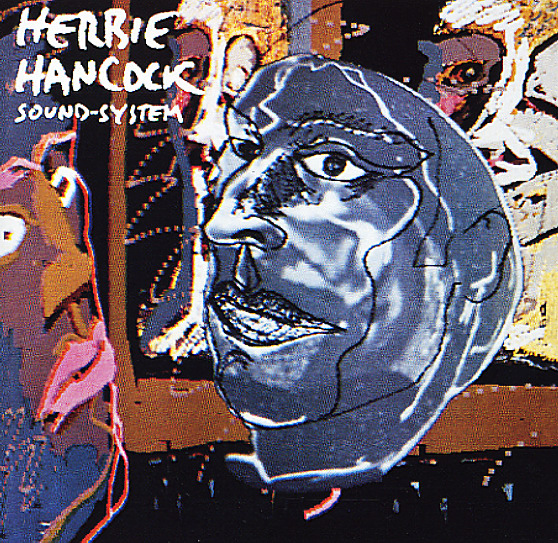 The follow up to Herbie's groundbreaking hit album Future Shock. There's some rehashing of themes here, with the remake of "Rockit" called "Hardrock" here – basically the same number with some heavy guitar added and a few different solos – plus similar numbers that continue the electro feel, but also add in a peppering of Bill Laswell's world music interest. The album's worth it alone for the presence of D St on a few tracks – and titles include "Hardrock", "Metal Beat", "Karabali", "Junku", "People Are Changing" and "Sound System".  © 1996-2021, Dusty Groove, Inc.
(Out of print)

Directstep (Japanese pressing)
CBS/Sony (Japan), 1978. Used
CD...$14.99
A rare Japanese-only session from Herbie Hancock – very electric, and nicely funky in all the right parts! The set was recorded at the end of the 70s with amazing fidelity – and features a unique lineup that includes Webster Lewis on additional keyboards and Alphonse Mouzon on drums ... CD

Lite Me Up (Japanese pressing)
CBS/Sony (Japan), 1982. Used
CD...$24.99
A classic album of all-out soul from Herbie Hancock – done in close collaboration with Rod Temperton of Heatwave – in a jazzy-styled version of that group's own great groove! Temperton handled arrangements and a lot of songwriting, and most cuts have lead vocals from Wayne Anthony ... CD