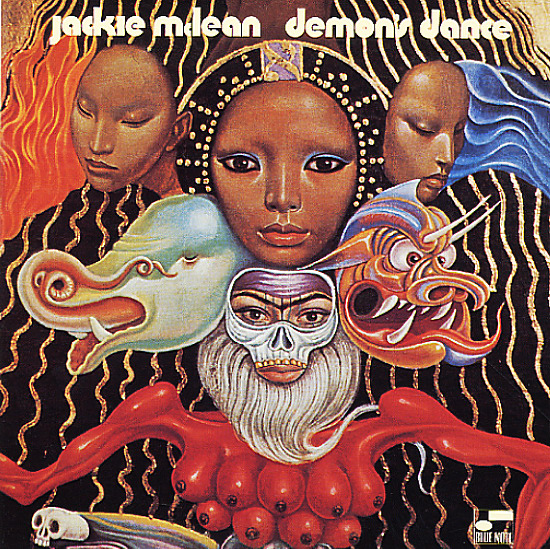 A pivotal session from the late 60s – one that has Jackie pulling things back a bit from his "new thing" period, and turning towards the spiritual soulful groove that would characterize his early 70s work! The album bristles with excitement – still very much informed by a knowledge of the space explored during Jackie's avant years, but never quite willing to go to that space – especially if it means sacrificing the soulful swing of the set! The group's filled with young soulful modernists – including Woody Shaw, Lamont Johnson, Scott Holt, and Jack DeJohnette – and Jackie himself seems to be working out a whole new phase of his career with each new track – showing that even when he was at his "new thing" best, he was still ready to move on! Tremendous stuff, and one of our favorite Blue Notes from the time – and one of the most soulful too! Titles include "Floogeh", "Message From Trane", "Toyland", and "Boo Ann's Grind".  © 1996-2021, Dusty Groove, Inc.
(Out of print.)