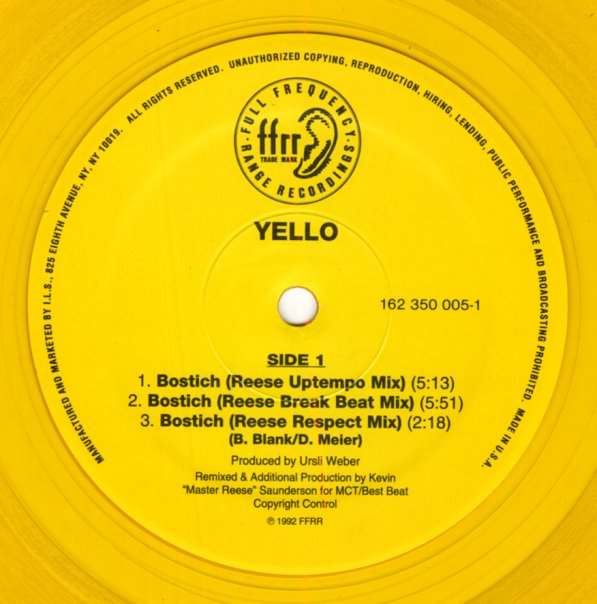 "Everybody!. . .Be Somebody!" The club classic gets an early 90s rave reworking at the hands of Kevin Reese Saunderson & Joey Beltram, but of course, the original's still the best version.  © 1996-2021, Dusty Groove, Inc.
(Clear yellow vinyl pressing.)