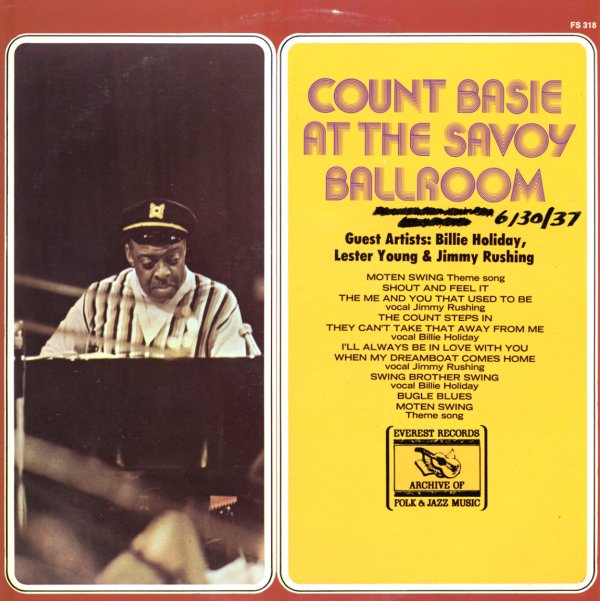 Count Basie At The Savoy Ballroom

Jo Jones Trio
Everest, 1959. Near Mint-
LP...$19.99
A real classic from drummer Jo Jones – and the kind of a spare session that really lets his work on drums come to the forefront! Jo's working here with Ray Bryant on piano and brother Tommy Bryant on bass – in a mode that's got some of the soulful undercurrents of the Bryant recordings ... LP, Vinyl record album