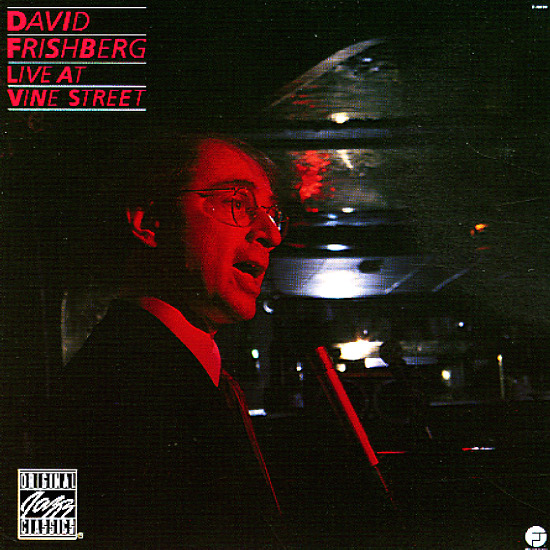 A charming little set from the great Dave Frishberg – easily one of the hippest singers and songwriters in jazz during the past few decades! The set's got Dave working solo – just singing along with his own piano accompaniment – in a whimsical way that matches the same sort of energy you'd get from Blossom Dearie or Bob Dorough in a similar setting – both good comparisons, given how much each have sung some of Frishberg's tunes! And as a way of tipping his hat back, the set features a great version of Dearie's "Long Daddy Green" – plus an extended "Johnny Hodges Medley", and loads of great tunes that include "The Dear Departed Past", "Eloise", "One Horse Town", "Zanzibar", and "Blizzard Of Lies".  © 1996-2020, Dusty Groove, Inc.
(Cover has light wear and a promo stamp.)