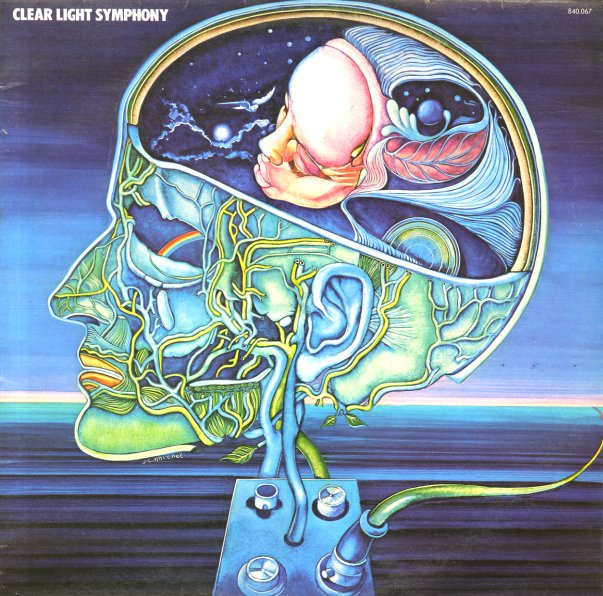 A classic bit of stretched-out spaciness from the early days of Virgin Records – two side-long tracks that are filled with lots of cool keyboards, percussion, and other hip instrumentation! The record's the brainchild of Cyrille Verdeaux – who plays piano, organ, mellotron, and even gong on the set – working with a different group on each side – guitar, vibes, bass, and percussion on side one – and on side two, tenor from Didier Malherbe, guitar from Steve Hillage, and synth from Tim Blake! The sound is a bit too relaxed to be jamming, but definitely has a nice sort of proggish vibe – never sleeping, and always nice and exploratory, even when spacey.  © 1996-2022, Dusty Groove, Inc.
(70s UK pressing, matrix ending in 2U/3U. Cover has the original title sticker – and one bottom corner is slightly bumped, and slightly unglued.)