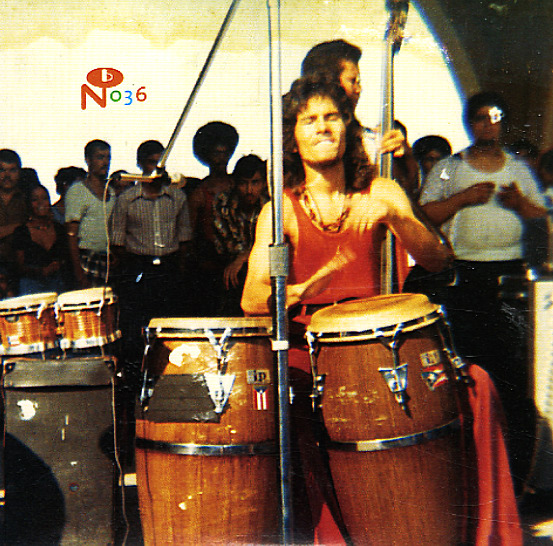 Incredible third coast salsa from the late 70s – amazing stuff from the orquestras of Carlos Ruiz and his Ebirac label – made by singers and players in Chicago's Puerto Rican community of the period that stands up just as well today! Chicago salsa, unlike more nationally popular styles, was rooted in the city's rich Puerto Rican community. They cover material adapted from traditionals and more, done with less pan-Caribbean derived sounds than the Cuban-rooted salseros of NYC and Miami. As fondly remembered as the players of the Chicago salsa scene are by the older Puerto Rican community, records by Orquestas La Justicia, La Solucion, Juventad Tipica '78, Tipica Leal '79 and others are terribly hard to find. Not only has Numero managed to compile a terrific batch of songs, the sound quality is impeccable, too! Titles include "Plena Matrimonial" by Ebirac All-Stars featuring La Calandria & Ramito, "Stone Flower", "Alegre Jibarito", "Guaguanco Coroco" and more by La Justicia, "Afro Theme" and "Ano Nuevo Y Reyes" by Juventud Tipica '78, "A Bailar Son Montuno", "El Gordo Y El Flaco" and "Mini Minoso" by La Solucion, "Mozambique" by La Solucion featuring Mongo Santamaria, "Donde Estabas" by Tipica Leal '79 and more, plus the bonus "Ebirac Radio Spot". The booklet is lavish, too – full of notes and photos that that make it all the more revelatory – providing a historical perspective that can't be overpraised!  © 1996-2021, Dusty Groove, Inc.