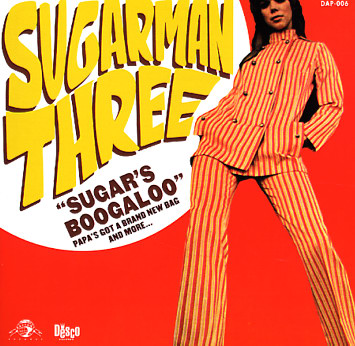 One of the first great albums on the now-legendary Desco label – proof that classic funk was alive and well on at the end of the 20th century! Sugarman Three is an organ-heavy combo led by tenor saxophonist Neal Sugarman – a great player with an ear for classic 60s styles of labels like Cadet or Prestige (and you know we're not light with comparisons like that!) The tunes here have a short, hard, really playful feel that reminds us a lot of the interplay that Jack McDuff and Harold Vick got together on their best albums – and the whole thing's recorded with a no-nonsense, back-to-basics kind of sound that's pure funk all the way through – and not that "too bright" kind of sound you'll get from modern organ jazz sets that try to hard and always fall flat! The combo was little known at the time, but got a great endorsement from Keb Darge on the cover – one they more than live up to with a smoking little set that includes the tracks "Hankerin", "Skunk Walk", "Sock Monkey", "Red Wine", "Sweet Tooth", and "Hot Sauce". Heck, with names like that, you know they've gotta be great!  © 1996-2021, Dusty Groove, Inc.
(Out of print Desco pressing.)