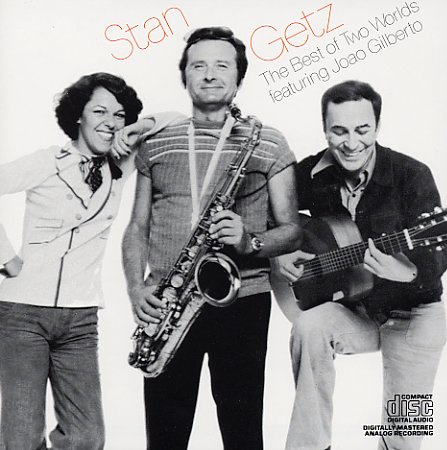 A wonderful return to the sounds of Brazil for Stan Getz – a 70s album that reunites him with Joao Gilberto, but in a style that's somewhat different than the pair's older Verve recordings! The sound here is looser, freer – more in that breezy Brazilian mode that evolved out of the initial bossa years – and Stan's tenor sounds great in the setting, with those loose yet heartfelt lines we love so much from this period! Joao's great too – somehow even more "present" on the record than before, with that amazing ability to do so much with so little – as on some of his own great 70s recordings. Miucha contributes some English language vocals to the record alongside Joao's Portuguese ones, and Oscar Castro Neves handled the arrangements with a nicely stripped-down style that has plenty of focus on the percussion and rhythms. Titles include a sublime English language version of "Aqua De Marco (Waters Of March)", plus the tracks "Double Rainbow", "Falsa Bahiana", "Ligia", "Izaura", "Eu Vim Da Bahia", and "E Preciso Perdoar".  © 1996-2022, Dusty Groove, Inc.
(Out of print.)