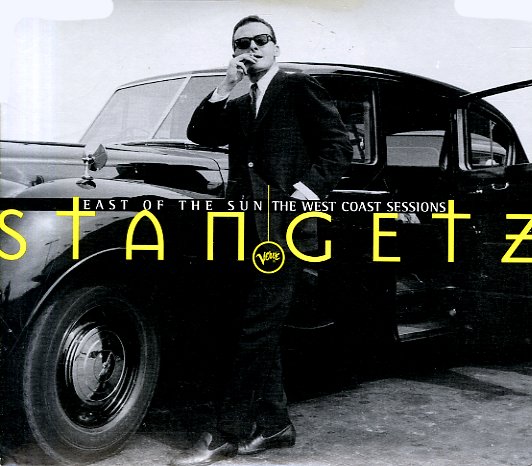 East Of The Sun – The West Coast Sessions (3CD set)

A great 3CD package, with loads of unreleased material – bringing together all of the famous west coast sessions recorded by Stan Getz for Verve – with work by Conte Candoli on trumpet, Lou Levy on piano, Leroy Vinnegar on bass, and Shelly Manne on drums!  © 1996-2022, Dusty Groove, Inc.
(Out of print, digipack has some wear including a partially split spine.)