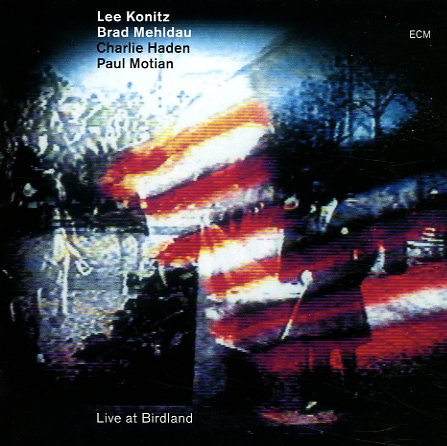 Alto sax and all around jazz legend Lee Konitz playing with a great group of players – drummer Paul Motian, double bassist Charlie Haden and pianist Brad Helhdau – captured live at New York's fabled Birdland, in December of 2009! There's really no need to qualify assessments of Konitz's performance with a note about his age, he simply sounds terrific here on a set that's fairly easygoing in approach, but still quite dexterous! Includes fresh, unique takes on "Loverman", "Lullaby Of Birdland", "Solar", "I Fall In Love Too Easily", "You Stepped Out Of A Dream" and "Oleo".  © 1996-2021, Dusty Groove, Inc.